Powering For A New Generation 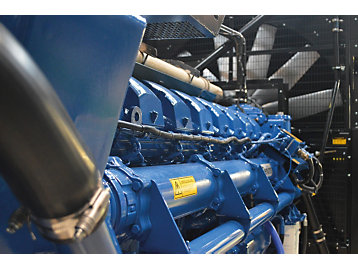 Power for a new Generation

“The Middle East, and especially the Gulf region, is like home to us,” says Ann Brown, Managing Director of FG Wilson.

How that came about is a 50 year story.  Founded in 1966 in Northern Ireland by Fred Wilson, FG Wilson started as one of many small family-owned engineering companies, repairing and servicing products, including generators and making products designed by Fred himself.

The big change came in the early 1970s when much of the world was gripped by an energy crisis.  With electricity rationed, Fred saw an opportunity.  He began to charter planes and flew generator sets into the UK from the US, renting a warehouse near London’s Heathrow airport and auctioning them to businesses.

It wasn’t long before Fred figured out that he could assemble generator sets himself and he set his sights on big things.  Demand for electric power in the Middle East was booming and through contacts there, Fred began marketing mini power stations.  FG Wilson’s first small power station (six 2,000 kVA units) was commissioned in 1974 in Abu Dhabi followed by many others across the region, particularly in Saudi Arabia, providing prime power for remote settlements which were then rapidly developing at the edge of the desert.

For FG Wilson, that was a defining time: “The design, installation and in some cases, the operation of these small power stations allowed us to develop a very experienced design and engineering team, and that knowledge and hard-won experience were absorbed into the team we have today.”

FG Wilson has been around long enough to see a transformation in how customers use power today.   “There’s always been a need for reliable power for critical applications,” says Ann, “but now there’s a greater edge to it and much of this is driven by increasing reliance on digital technology. Fifteen or twenty years ago, businesses which lost electric power probably had a back-up plan to work with pen and paper. But today, when power is lost, everything else stops with it.    Particularly for businesses which operate data centres either for themselves or for others, the costs of going offline due to power outages are colossal.”

That means that for many businesses, the tried and tested generator set has a place. Ann says, “There are many ways to store or produce energy but when it comes to guaranteeing standby or emergency electrical power, in terms of cost, flexibility and responsiveness, there’s really no better option than a generator set.”

The FG Wilson range of generator sets goes from 6.8 – 2,500 kVA and since 1990, which is as far back as their IT systems can report, over 600,000 generator sets have been installed worldwide, of which 140,000 are in the Middle East.  If you lined up every generator produced since 1990, you could power an entire country the size of the UK.

The FG Wilson approach is simple.  Ann says, “You could sum us up in 3 words: products, dealers and support.”

Across the entire product range, FG Wilson takes the same approach to product design and launch, whether the generator set is large or small.  Nothing is released for sale until it’s been rigorously tested, validated and a full suite of parts is ready for customers.  All of this goes on at an Engineering Centre in the UK, a $26 million investment which is also home to Europe’s largest Anechoic Chamber for noise testing.   “This is how we operate,” says Ann.  “When we bring products to market, we know exactly how they will operate for our customers in real conditions and we know we can support them fully.  That’s very important to us and we won’t compromise on it.  Just as an example, recently many of our generators in the Caribbean were battered by two major hurricanes, and then went on to operate for four months all day until mains power was restored.  It’s gladdened our hearts to get feedback and photos from customers who have relied on us and our products.  When someone asks us why we do what we do, there’s the answer.”

Supporting those products is a network of dealers, painstakingly built up over decades.  Ann says, “People starting in our industry often under-estimate how difficult it is to establish a distribution network.  Yes, you can support customers locally yourself within a small radius of where you are, but once you go further, you need good local distribution partners.”

FG Wilson’s distributors carry inventory for immediate delivery, with larger dealers holding up to 600 units in stock. Some customers can walk in and drive away with a generator set, while for others it’s a major project.  That means working with consultants on load requirements, finding the right generator set, designing the complete layout of the generator set including exhaust and fuel systems, installation and commissioning.  For Ann, this is important.  “With larger projects, it’s about managing complexity and risk so the choice of supplier is important. It’s about trust and we achieve that through the stringent testing and validation of our products, the competency of our engineering teams at our factory and dealers, and with the onsite support from our dealers.”

Dealer support is backed up by a parts operation stocking more than 11,500 parts products and delivering up to 3 million parts a year.

So what about the future?  Ann says, “Demand for power is going to grow, everyone sees that.  People will expect more stable power, zero tolerance of power outages. And I see a place for generator sets in that for the foreseeable future:  technology has made engines much more efficient and that will continue to happen for as long as we use them.  On customer sites, generator sets will co-exist more with other renewable power generation technology as part of a balanced solution.  We’re already seeing that:  maybe the generator set is for critical power needs onsite while some electrical energy, perhaps derived from renewable sources, is stored for other applications.”

From 6th  – 8th March, the FG Wilson team will be exhibiting at Middle East Electricity at the World Trade Centre in Dubai.  For FG Wilson, this is one of the highlights of the year. “There’s nothing like this for us.  It’s a wonderful place to showcase our products and connect with people.  Many of our Middle East and African dealers join us so it becomes quite an event.” 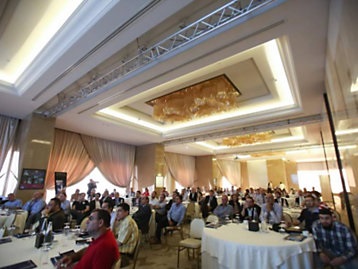 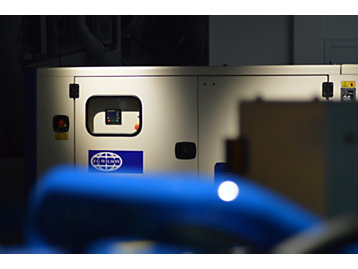 The Power Behind Lebanon 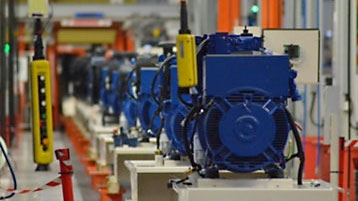